Skip to content
Payment for spring classes is due by Monday, Dec. 9. Take action today! 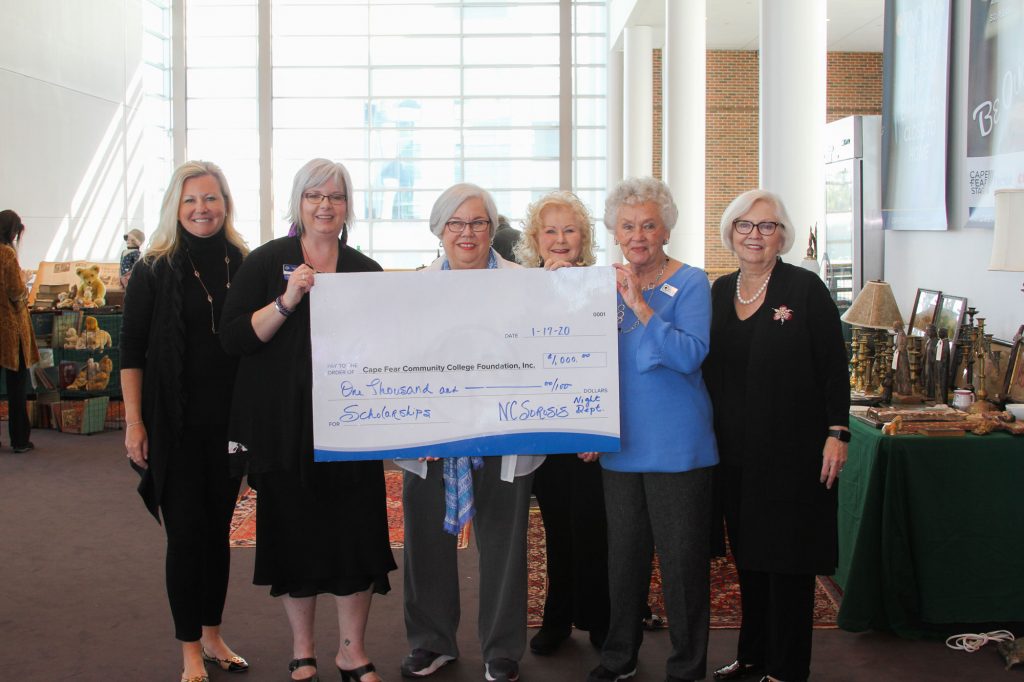 The gift came from the proceeds from a silent auction at the annual Wilmington Antique Show and Sale held January 17-19, 2020 at the Wilson Center, the show’s fiftieth anniversary. The NC Sorosis Night Department uses the proceeds from this event to provide scholarships and assistance to local organizations and families.

The $1,000 scholarship from the NC Sorosis Night Department will be awarded annually to CFCC female students returning to college to pursue a technical/vocational program.

“We are extremely grateful for this contribution and inspired by this outpouring of generosity from the NC Sorosis Night Department,” said Veronica Godwin, executive director of the Cape Fear Community College Foundation. “This new scholarship will make dreams attainable for so many here at CFCC.”

North Carolina Sorosis is the oldest federated Woman’s Club in North Carolina. Founded in 1895, the club has played a significant role in the betterment of the Wilmington community. In 1980, the NC Sorosis Night Department was formed as a sister club NC Sorosis to allow graduating members of NC Junior Sorosis who worked during the day the opportunity to remain active. It began small, with just 12 original members, four of whom are still active in the group.

For more information about the Cape Fear Community College Foundation, or establishing a scholarship, please contact the CFCC Foundation at 910-362-7207 .