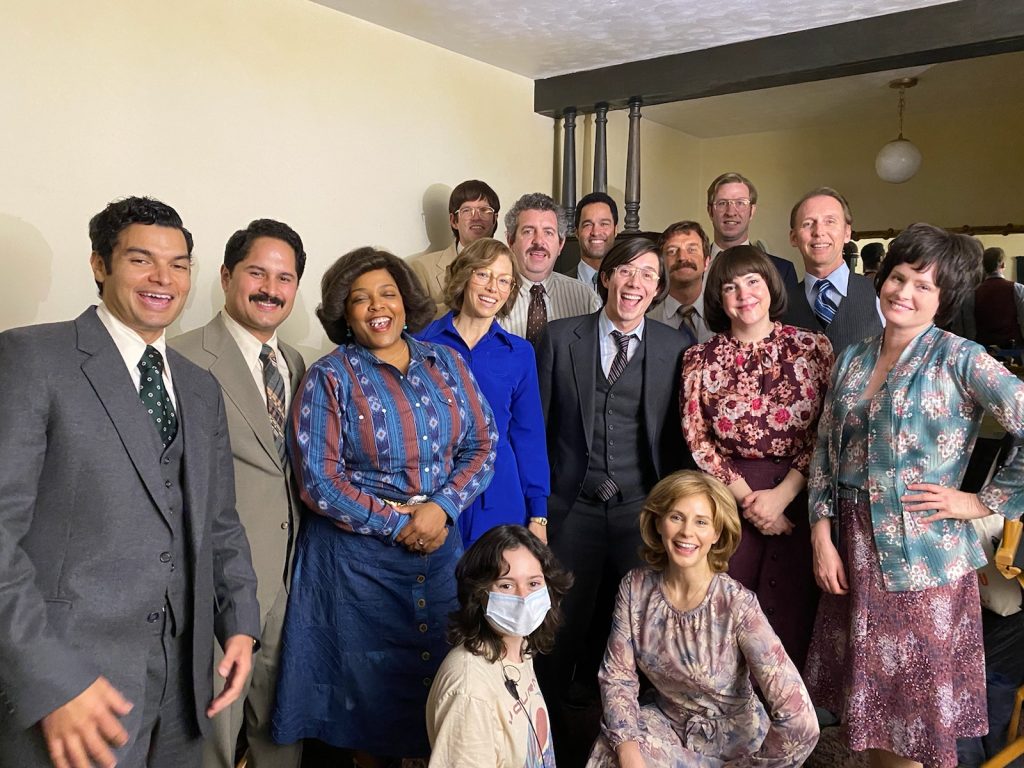 You may have noticed Hulu’s latest true-crime miniseries “Candy” while browsing the newly added section. What you may not have noticed is CFCC’s Drama Instructor, Jack Landry. The series stars Jessica Biel as the real-life Candy Montgomery, who was accused of the axe murder of her neighbor. Landry plays the role of Candy’s best friend’s husband and makes an appearance several times in the show. 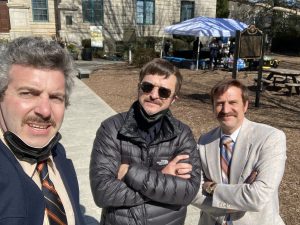 “Some of the best memories I have on set is just watching Jessica Biel act. She is a pro. It was kind of crazy at times. We would be on the 25th take and everybody at that point is goofing around, having fun, or at least talking amongst themselves. And she would be dialed in, not rude at all. She was just doing her thing. She would do it over and over again. She’s also a down-to-earth, “normal” person. After the last day of filming, she brought in a latte food truck for all of us.”

And while Landry’s “Candy” feature is one of the many acting gigs he’s tacked to his resume, his career didn’t start quite so glamorous.

With a packed U-Haul and a Master of Fine Arts in tow, Jack Landry pulled out of Pennsylvania with his sights set on Los Angeles. Instead, he took a detour down the east coast to film a commercial. That commercial led to a recurring role in the TV series, “Surface,” and prompted Landry to settle down in “Hollywood East:” Wilmington, NC. And as “One Tree Hill” was reigniting the Wilmington film scene, Landry began striking sparks in the industry. 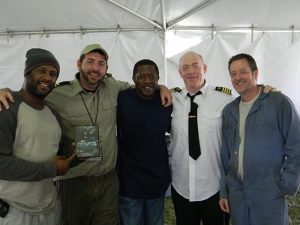 “I was lucky enough to be in the film Contraband starring Mark Wahlberg. I read for a little part as a second mate. I remember it being one line. When I got on the set, the director was awesome and laid back. He let the actors do what they wanted, so several of the scenes were improvised and real. Because of that, I ended up being in way more scenes than I originally auditioned for. I also got to hangout with JK Simmons who plays the lead captain. We were filming in New Orleans and would frequently grab a bite to eat. He was hilarious and a genuine person. Those were some pretty wow, I can’t believe I’m here moments.” 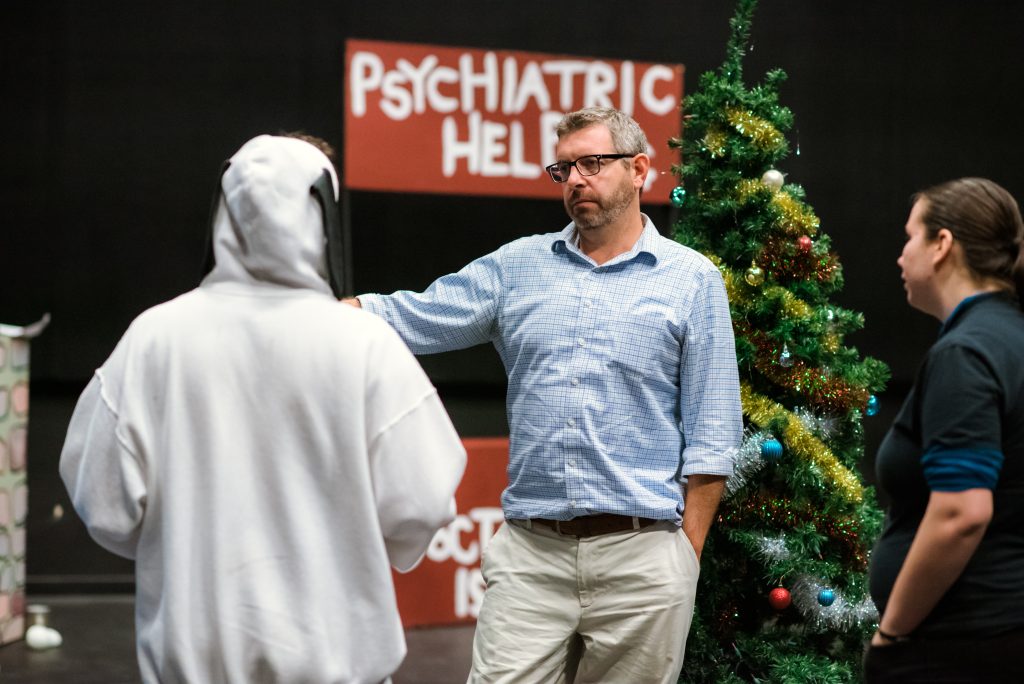 “The theater program at CFCC is such a unique place with these professionals,” commented recent Associate of Fine Arts – Theater graduate Quentin Proulx. “Jack is a real example of that. He doesn’t just teach acting, he teaches real world aspects of becoming a working actor.”