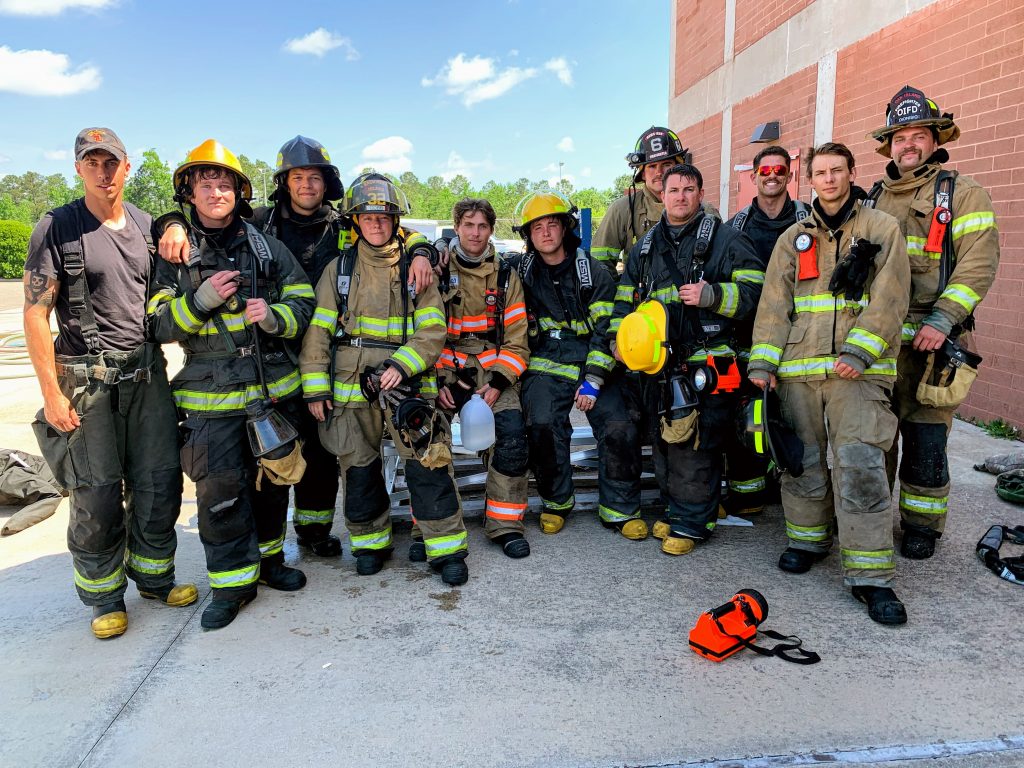 Cobb grew up in Alaska where she attended the University of Alaska Fairbanks and graduated with a degree in art. “I really enjoyed art. It was fun and I loved being creative, but I felt like something was missing. I wanted more discipline.”

In 2011, Cobb tragically lost her younger brother in a motorcycle accident. “After my brother’s passing, there was a moment I stepped back, and looked at what I had been doing with my life, and it didn’t feel like enough. I wanted to do something ‘other-centered.’ That’s when I became interested in becoming a first responder.”

“A big part of the grieving process was not being able to be with my brother when the accident occurred. I knew, thanks to first responders, my brother was not alone. He was surrounded by people doing everything they could to help him. Those were the last people who saw my brother. Becoming a first responder is my way of giving back to that moment and being able to reconnect to that time.”

Cobb moved to North Carolina with her family and applied for a job with the Winston-Salem Police Department where she went through the department’s basic law enforcement training. Cobb worked with the agency for five years. “I loved the job. The people I worked with were phenomenal.”

Amanda decided to follow her family to the coast where she was hired part-time by the Department of Public Safety on Bald Head Island. “There isn’t just one role here. It is law, fire, and EMS. At first, I was only doing law but eventually, they asked if I wanted to be full-time and get additional certifications.”

“I didn’t know anything about fire before the academy. It was one of the hardest things I’ve ever done. The physical demands were eye-opening, but it was so rewarding. The facilities and instructors at CFCC are incredible. The college has a university feel to me.”

For anyone interested in a career in public safety, Cobb has some words of wisdom. “Do a ride-along. Shadow a first responder during their shift. Oftentimes, there is a lot more involved than people expect. There are times of inactivity, times when you have tons of paperwork, times where the excitement is so much; you have to wear a lot of hats. It’s not just about being tough and getting to do a bunch of cool and exciting things. You also have to be a shoulder for someone to cry on; you have to be able to hear people’s life stories and be an impartial advocate. There are fewer fun moments, but there’s a lot of rewarding moments.” 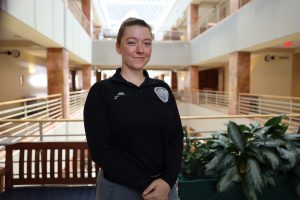 After obtaining her EMT certification at CFCC, Cobb will be able to fully serve the Bald Head Island community. “Don’t be afraid to continue your education. Any additional training you can take, do it. Every little bit of training will help.”