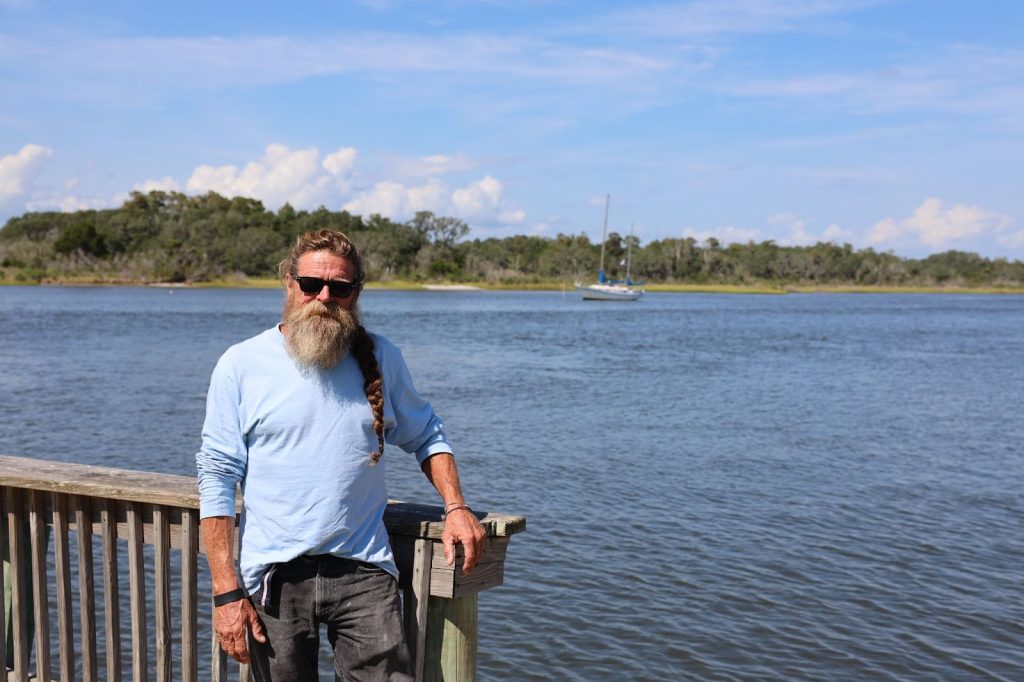 September is National Recovery Month. Many students have experienced or witnessed the struggles of alcoholism, drug abuse, or gambling addiction. Yet through counseling, rehab, and dedication, many have recovered and regained their lives. We’d like to share the story of one such student.

From a young age, North Carolina-native Thornton Lee knew he wanted to make records. After earning his GED at 16, he pursued a degree in recording engineering at Full Sail University— what was then known as Full Sail Center for the Recording Arts in Orlando, FL.

Following an internship in a Miami sound studio, Lee accepted a job with a music production company and hit the road on tour as a sound engineer.

For over 30 years, Lee traveled the country managing sound production for touring recording artists performing various music that included classic rock, country, jazz, and classical music. It was an indulgent lifestyle, especially for a young adult. Lee could take or leave most of it, except for the alcohol. 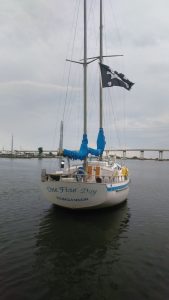 After 42 years, Lee realized he would never satisfy his addiction. A fateful phone call home to his mother brought Lee back to North Carolina and the love and support of his family. Returning home is also where he found the faith-based support center, Loaves & Fishes. Now approaching the 5th anniversary of his sobriety, Lee is accomplishing things he could never do while struggling with alcoholism.

Despite living on a sailboat for many years, Lee recently earned his captain’s license. While the lack of a license was no barrier to Lee in captaining his vessel, it did prevent him from operating other boats for a fee. With this achievement, Lee not only learned how to properly captain a vessel but also proved to himself that he was capable of learning new things.

“Thornton Lee came into my office in the spring of 2022 inquiring about going to school. He shared his struggles and his desire to learn art and music,” shared CFCC Surf City Center Director Lori Debruhl. 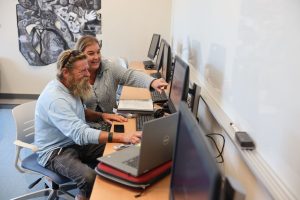 Debruhl assisted Lee with the enrollment process, and now Lee is officially a student in CFCC’s Associate of Arts – General Education program pursuing a degree he’s passionate about.

At times, Lee is still amazed by his accomplishments.

“There is absolutely no way you could have told me 5 years ago that I would be where I am today,” shares Lee. “I found that you can change anything you want, any way you want, any time you want. Never quit your daydream; dreams come true.”

Are you struggling with addiction? Your community is here to help you.