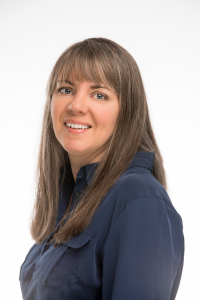 Please tell us about yourself.

I have worked as a professional costume designer since graduating from NYU in 2002 where I worked in NYC until relocating to Wilmington, NC in 2008. My costume design work has been seen at the following regional theatres: ART, Woolly Mammoth, Lookingglass, Berkeley Rep, Center Theatre Group, Long Wharf Theatre, Mill Mountain Theatre, American Shakespeare Center, and Actors Theatre of Phoenix and internationally at the Edinburgh Fringe Festival. I am currently the Resident Costume Designer for the Alchemical Theatre of Wilmington. I have served as Guest Costume Designer for the following university theatre departments: Duke University, UNC Wilmington, University of Rochester, Baruch College, DeSales University, and Marymount College of Fordham University. Additionally, I have designed costumes and scenery for several award-winning film projects serving as production designer and costume designer for the short film Song of a Fifth Grade Samurai and serving as a costume designer for the short film Agatha. Both films were screened as part of the 2015 Cucalorus Film Festival. I have been a part of the faculty at CFCC for over ten years.

What year did you start working at CFCC and what brought you here?

I began working at CFCC as a part-time drama Instructor in 2009. I moved to Wilmington to be closer to my sister.

What do you enjoy most about your work?

When you’re not working, what do you do?

I spend time with my family. I spend time with my two German shepherd dogs, Gustaf and Wolfgang. I study and teach the Japanese martial art of aikido, I hold a second-degree black belt in the art. I made 235 masks for employees at New Hanover Regional Medical Center during the first months of the pandemic.

Who had the greatest influence on your education and/or career path?

One of my undergraduate professors at the University at Albany. I still quote her and hear her most common phrases in my head. I even quote her to my students.

Stay in touch with professional contacts and it is ok to remind people that you are available for work or projects.

Which three people (living or dead) would you invite to dinner and why?

My grandmother, my best friend, and my father because they live far away and I cannot see them due to the pandemic.

What is something not many people know about you?

I am actually introverted.

I have served as Technical Editor for two home sewing books published by Otter Craft: Design It Yourself Clothes – Patternmaking Simplified By Cal Patch and Make Your Own Toys: Sew Soft Bears, Bunnies, Monkeys, Puppies and More! By Susan Havens

I worked on several home sewing magazines published by The McCall Pattern Company as the Fabric and Notions Assistant Editor from February 2007 – October 2008 Butterick and McCall’s Sewing Today Magazine and Vogue Patterns Magazine.