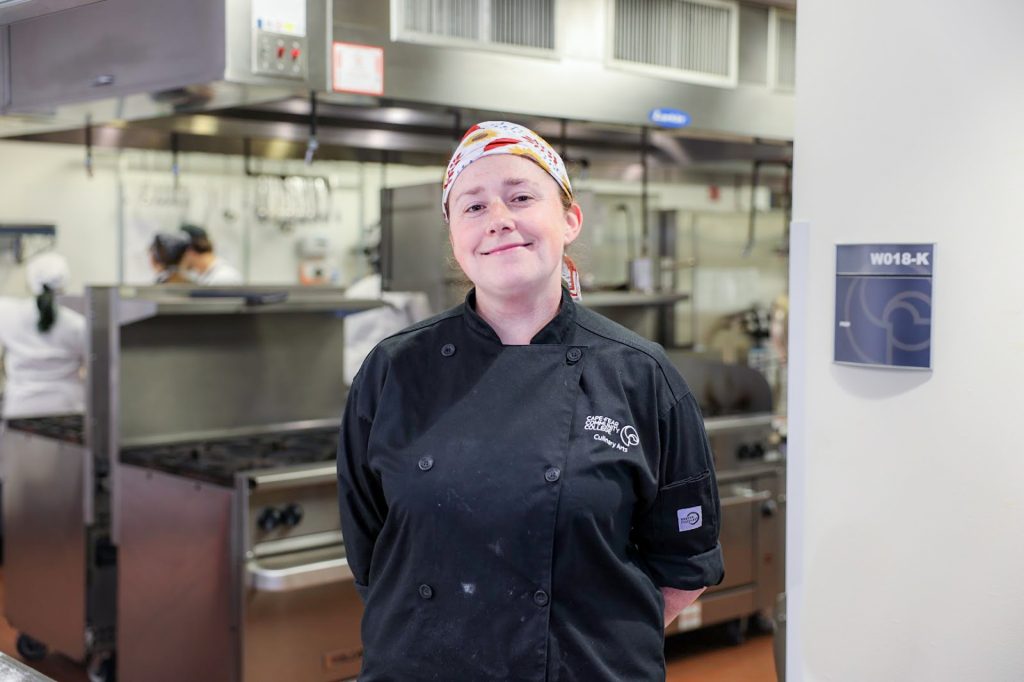 Chef Damron is in her second year as an instructor at CFCC. She has also been the head baker/pastry chef at Spoonfed Kitchen and Bakeshop at Wrightsville Beach for the last 5 1/2 years. 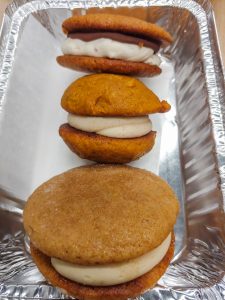 Preheat the oven to 350°. In a medium bowl, stir together the first seven ingredients (through cloves). In a large bowl, beat brown sugar, oil, and melted butter with a mixer until combined. Add pumpkin, eggs, and vanilla and beat for 1 minute. Add flour mixture half at a time, beating well after each addition (batter will resemble thick cake batter). Drop 1 tbsp batter 1 ½ inch apart onto a prepared cookie sheet. Bake for 12-14 minutes or until the tops spring back when lightly touched. Prepare maple-brown butter filling.

In a small saucepan, heat the butter over medium-low heat until melted. Continue heating until butter turns a light golden brown, stirring occasionally. Cool for 15 minutes. In a large bowl, beat browned butter and cream cheese with a mixer on medium for 2 minutes or until light and fluffy. Add the maple syrup, cinnamon, nutmeg, salt, and a dash of cloves, and beat on low until combined. Gradually beat in the powdered sugar to reach a spreading consistency. Spread a layer of the filling between two pies and enjoy.