CFCC announces 2022-2023 Board of Trustees appointments 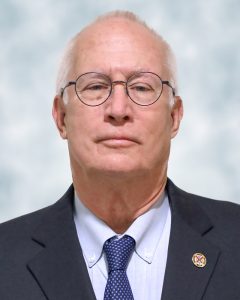 Mr. Ray Funderburk III has lived in New Hanover County since 1970 when his father retired from the Marine Corps. He completed a B.A. in English at Hampden-Sydney College and an M.A. in English Literature and Rhetoric at the University of Maine. His work experience uniquely prepared him for CFCC’s stated goals of “providing exceptional pre-baccalaureate education” and “providing training programs responsive to the needs of local employees.” He taught high school English for sixteen years at Pender High School. Before that, he worked for eighteen years as a small businessman whose company planned and developed site-specific worker training for Fortune 500 manufacturing facilities across the U.S. When he is not reading or writing, he spends as much time as possible with his grandchildren. He has twice completed the N.C. Mountains to Coast bike ride, and he is active with Wrightsville Beach Lifeguards’ Old Boys. 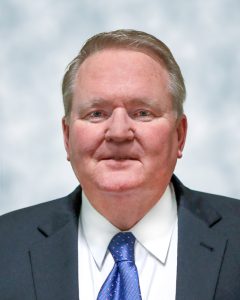 Mr. Lanny Wilson was born in Pender County and raised in Wilmington. He earned a bachelor’s degree from East Carolina University, where he graduated Magna Cum Laude, and a law degree from Wake Forest University School of Law. Wilson spent his early career practicing law in Virginia. In 1991, Wilson accepted the positions of Vice President and General Counsel for his family’s business, Boney Wilson & Sons, Inc. He has served as Vice-Chairman and Chairman of the North Carolina Real Estate Commission, Commissioner and Vice Chairman of the North Carolina Turnpike Authority, and on the North Carolina Board of Transportation. In 2012, the NCDOT renamed a bridge that carries the Martin Luther King Parkway over 23rd Street in honor of Mr. Wilson.

“Cape Fear Community College is privileged to have Mr. Funderburk III and Mr. Wilson join our board,” said Jim Morton, CFCC president. “They bring tremendous experience to the table and understand the importance of education in our community. We are honored that they have agreed to serve in this way.”

Mr. Robby Collins and Ms. Mary Lyons Rouse have completed their four-year terms with the Cape Fear Community College Board of Trustees.

“I sincerely appreciate all the time, effort, and care Mr. Collins and Ms. Rouse have contributed to Cape Fear Community College,” said Morton. “They will always be an important part of the Sea Devil family.”