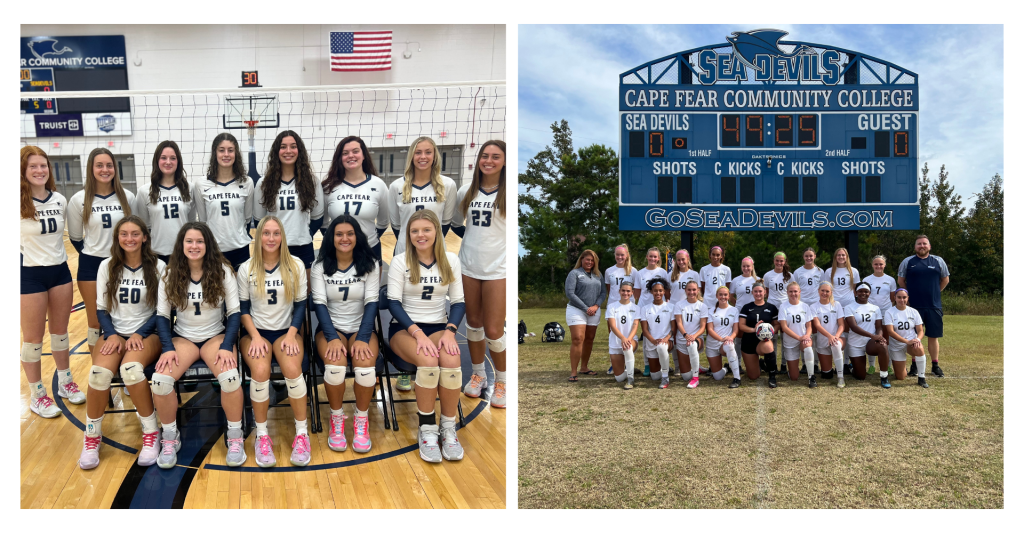 “Winning back-to-back titles and punching our ticket to the National Tournament two years in a row isn’t easy, but it speaks volumes about the foundation our coaches have built here,” states Ryan Mantlo, CFCC Athletics Director. “We’re so proud of our Volleyball and Women’s Soccer student-athletes for their achievements and we wish them luck and safe travels moving into tournament play.”

Following an outstanding season featuring only one conference loss, the CFCC’s Soccer team solidified their bid to the National Championships by placing first in the Region 10 Conference tournament. In addition to an outstanding team performance this season, six Sea Devils were named to the Region 10 All-Region team (claiming six out of the seven total spots):

CFCC’s Volleyball team finished their season strong with a win over Walters State on Friday, November 4, 2022, to secure the South Atlantic District B Championship. Several standout players were named to the Region 10 All-Region Team:

“I am so proud of the accomplishments of our women’s soccer and volleyball teams, with back-to-back regional titles and appearances in their respective national championships,” said CFCC President Jim Morton. “I’m also proud of our coaches and athletic staff that have led and supported these student-athletes to fulfill their goals. Our CFCC family never stops excelling.”

To follow the progress of our teams in the National Championships or to learn more about Sea Devil Athletics, visit goseadevils.com .