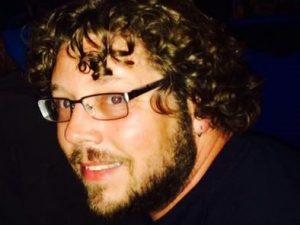 Benjamin Sorensen held the position of Area Coordinator at the Akademia Vzdelavania (Academy of Education) in Poprad, Slovakia, where he also taught English to students to help them pass the British Council’s First Certificate Exam and Advanced Certificate Exam. Upon his moving back to the United States, he entered the cell phone industry; however, his heart was always in teaching.

He entered the M.A. in History program at American Public University to honor his favorite professor Dr. Walter Hanak, leaving the cell phone industry right before he began his thesis. He completed his studies with honors, and teaching ESL and Western Civilization at two local community colleges. He also gave a lecture series through Brunswick Community College on various aspects of local history. He published in the Saber and Scroll’s academic journal, and soon became an editor.

He has translated and edited articles, museum displays, and press releases at the National Museum in Bratislava, Slovakia as well as edited and translated project proposals for the European Commission. He is now a book review co-editor for the International Social Science Review.

Ben is fluent in English, Slovak, and Czech, and reads Latin, Greek, French, German, Old Church Slavonic (Glagolitic and Azbuka) and Dutch. He also plays piano, guitar, ukulele, and the largest gothic Slovak flute, the fujara. Ben has a lovely wife and two children, and one dog.

Plan a Visit
Get Info

What are you waiting for?