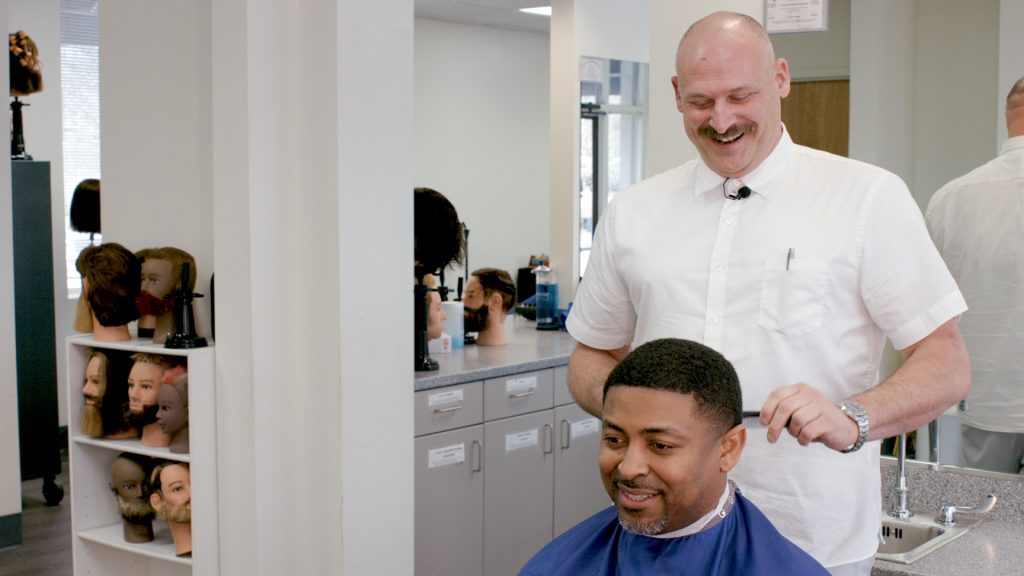 After serving in the U.S. Army 82nd Airborne Division in Fort Bragg, NC, Steve Grissom worked as an arborist, climbing trees to inspect them. When his knees started complaining, Grissom began to look for a new line of work. He still had strong hand-eye coordination and decided to pursue his interest in barbering.

The schools that Grissom initially researched were very expensive for the amount of instruction. Then, he discovered Cape Fear Community College’s Barber School.

“I spoke with CFCC Barber School Lead Instructor Deginald King. I spoke with some of the students,” shared Grissom. “I was so impressed with what I heard about the program I moved here from four hours away to attend CFCC’s Barber School.” 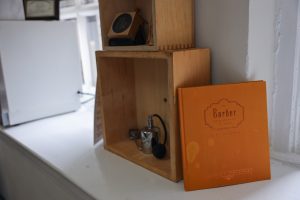 From Student to Business Owner

Grissom not only learned practical skills for cutting hair, but he also learned business instruction, biology, and mathematics. The program prepares future barbers for the State Board of Barber Examiners and a career. After completing his apprenticeship, Grissom opened a barbershop, Set Apart Barber Shop, in Stanfield, NC.

“King was able to teach us everything we needed to know to enter the industry,” Grissom said. “The barbering program gave me all the tools and the foundation I needed to set up my shop.”

With his son following in his footsteps, Grissom has opened a new luxury barber shop in downtown Wilmington, NC: The Upper Room . 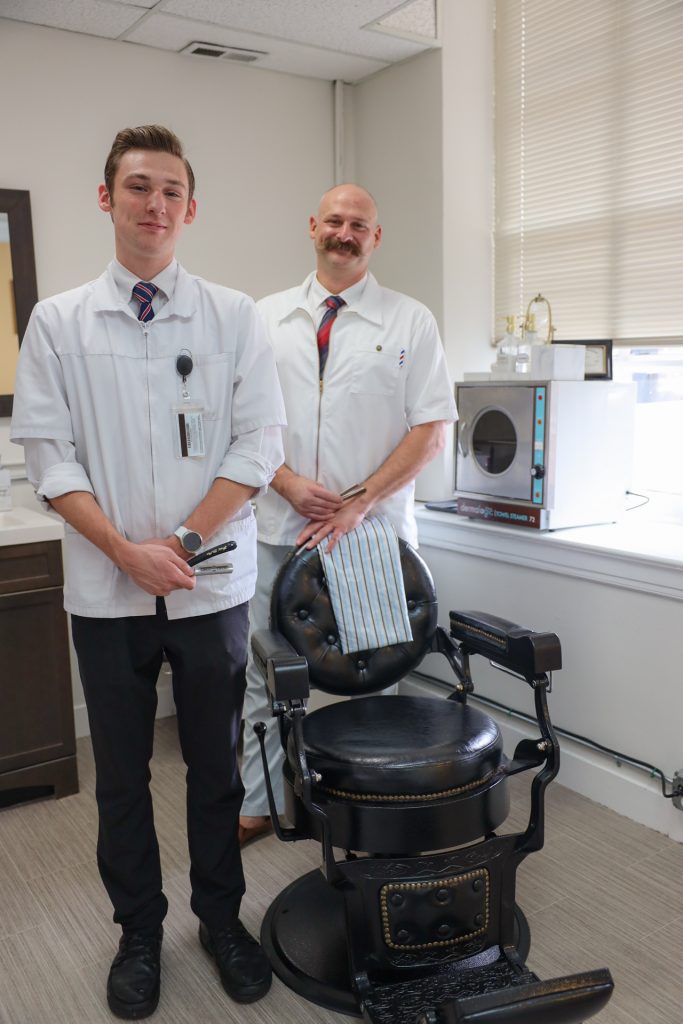 The quality of instruction brought Grissom to encourage his son to attend CFCC’s Barber School.

“My son, Eli, was thinking about a barbering career,” said Grissom. “Once he saw my success in my barbershop and how well CFCC worked for me, he signed up as soon as he graduated from high school.”

Following Eli Grissom’s graduation he plans to take on a full-time apprenticeship position with his father in their shop, The Upper Room, where they both plan to “reestablish the high bar within this great profession.”

Start Your Barbering Career at CFCC