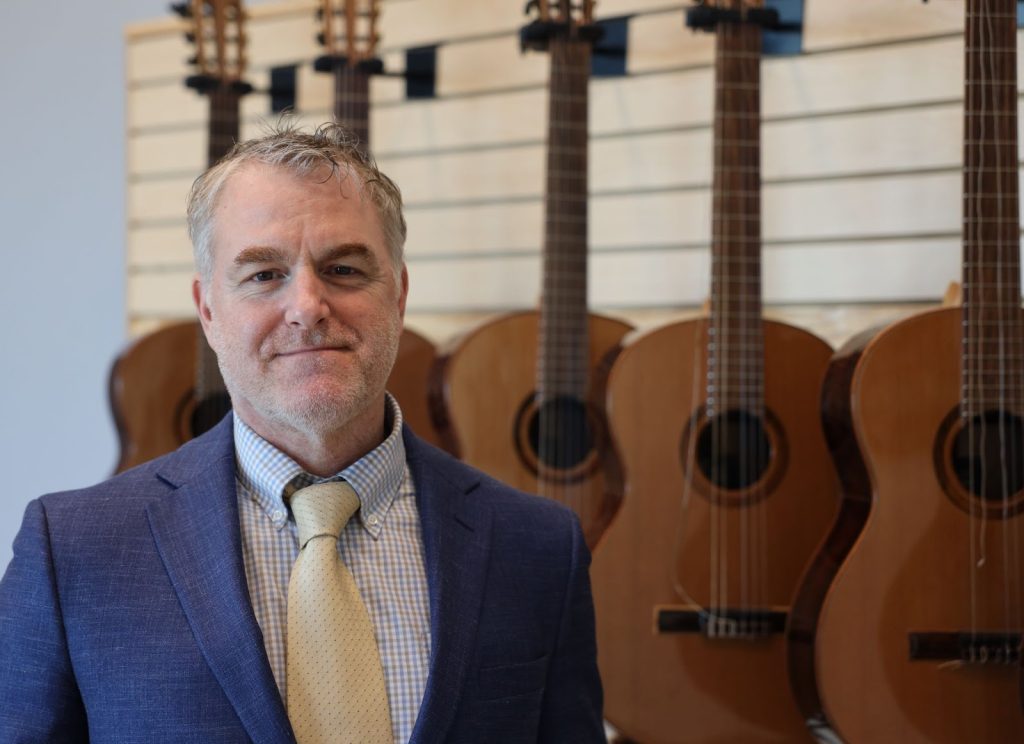 Marc Siegel has been teaching and inspiring student musicians for over 20 years at Cape Fear Community College.

Like budding musicians before him, Siegel spent countless hours admiring and plucking strings in a local guitar shop before his career took off. The shop owner was impressed by Siegel’s talent and offered Siegel a job teaching guitar lessons.

Then in the late 1990s, Siegel landed a part-time job teaching music appreciation at Cape Fear Community College. Though the College didn’t have a formal music program, Siegel expanded the music curriculum by forming the College’s first jazz band. 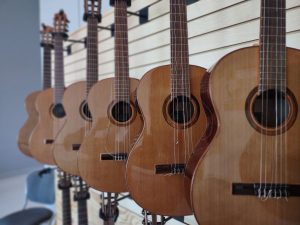 CFCC’s first jazz band started as a student club. After classes, Siegel would coach the group, which quickly gained an audience with the maintenance workers. Then one day, a maintenance worker informed Siegel of a storage room full of musical instruments— remnants from a 1970s CFCC band. The newfound equipment allowed the band to expand and gain visibility.

From Jazz to a Full Degree and Specialized Classes

Despite the success of the College’s jazz band, Siegel wanted to help expand the curriculum to include hands-on learning.

Siegel views the art of music as a trade skill.

“The music degree at CFCC is a technical degree. You can get all the tools you need to refine your craft and start a career or take it to the 4-year degree level.”

Students can enroll in piano, guitar, jazz ensemble, big band music, show choir, and music history and appreciation classes through the program. Students have the option to enroll in these classes as electives or as part of the Associate in Fine Arts Music degree program ( a transferable option for students who wish to pursue a bachelor’s degree).

From Transferable Credits to Electives

Some of Siegel’s students have transferred to pursue a bachelor’s degree in music, while others plan to apply their music degree to other industries. Student veteran Gabriel Perez is pursuing a music degree at CFCC but intends to continue his education to become a licensed therapist after graduation. He wants to incorporate music therapy into his counseling sessions with clients.

“Being one of Mr. Siegel’s guitar students has been an amazing experience. I was nervous about starting college after being away from a school setting for so long, but Mr. Siegel gave me a jump start into my music degree and motivated me to push myself beyond what I thought I was capable.”

“I immediately noticed Marc’s passion for music and his desire to share that passion with us, students,” said Eric Miller, former student and L Shape Lot band member. “I wasn’t the best student, but I remember his passion passing on to me, and I feel like I applied myself more because it was infectious.”

Today, Siegel still spreads his infectious love and passion for music to his students. He readily encourages students to check out the music program to discover a new interest.

Whether you are interested in a fun elective or pursuing a music degree, CFCC’s Fine Arts – Music program offers courses to suit every interest, skill level, and stage of life.

Take the Next Step