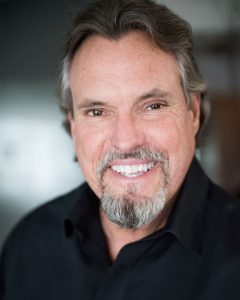 Quentin Proulx (pronounced proo) arrived at CFCC with an extensive resume of acting jobs but no formal training. In 2017, he relocated to the Wilmington area from San Diego to enter the film industry and discovered CFCC’s Associate of Fine Arts – Theatre Arts program.

“I have done thousands of trade shows, but I still never felt like a real actor because I had no formal training,” shares Proulx. “In the Theatre Arts program at CFCC, I have received amazing training. The quality of the program and instructors are phenomenal.”

In the early 1980s, Proulx began studying theatre at a community college in San Diego. However, another calling delayed his theatre degree.

Seeking Fulfillment in the Industry

The US Army recruited Proulx in the mid-1980s. He enjoyed a successful military career serving with the Army Rangers and participating in the 1989 invasion of Panama. Upon retirement, Proulx was ready to get back to the business of show business. He enrolled in the Ringling Brothers Clown College and began what Proulx refers to as a corporate acting career.

His talent also led him to become a representative of Dr. Seuss Enterprises. For 14 years, he was the resident performer as the “Cat in the Hat’ and “The Grinch” at The Old Globe Theatre in San Diego. 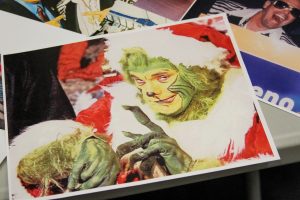 “Quentin is a wealth of life experience and it rubs off on his classmates,” CFCC Drama Instructor Jack Landry shares. “He is an example of what a CFCC student can be. He’s a lesson to all of us. I can only hope Quentin has learned as much from me as I have from him about acting, parenthood, and life.“

Yet, Proulx felt there was something missing from his list of credits.

No More Clowning Around

Proulx was determined to get a proper education in theatre arts. He enrolled as a CFCC Associate of Fine Arts – Theatre major and was immediately impressed. He felt the quality of the program was enhanced by the faculty who bring real-world and current acting experience to the classroom.

“Students come out of CFCC being trained and professional,” Proulx said. “Two local theater directors have remarked at how well CFCC graduates know how to function on sets and stages.”

Along with the skillful drama and technical production classes, Proulx has learned a lot about the student services that CFCC offers. Knowing that his degree program requires completing a math unit, Proulx finally admitted to a counselor that he never really learned anything past basic math. So, a math plan was put into action.

The math department set Proulx up with developmental math instructor, Marlowe Barker. Barker worked with Proulx four days a week, two hours a day during the summer semester. The plan was a success. Proulx finished his math class with an A.

“And now I’m in the Honor Society,” Proulx said. “CFCC could not have been more supportive. Being a non-traditional student, CFCC made returning to school seamless. They take care of students here.” 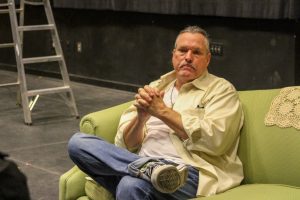 Proulx is still pondering his next step. He is currently taking a film acting class at CFCC while he decides when he wants to begin auditioning for film roles. Proulx is also considering a transfer to UNCW to pursue a bachelor’s degree in theatre. Regardless of what choice he makes, he feels confident that CFCC has prepared him to move forward in either direction.

To learn more about the theatre arts program at CFCC, visit cfcc.edu/associate-in-theatre