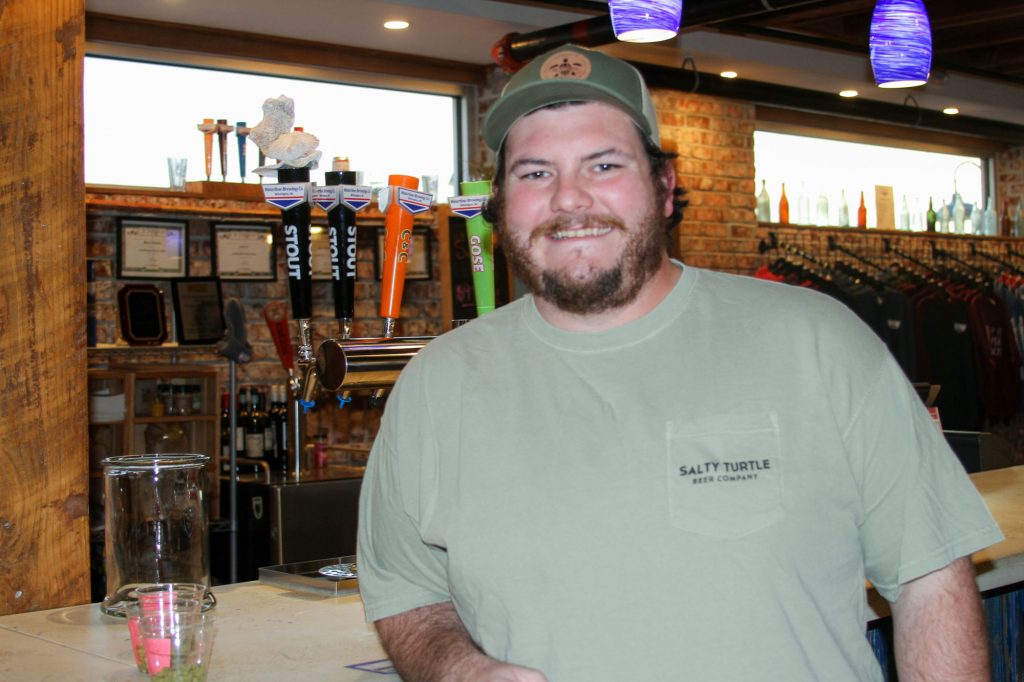 “I wanted a career in something I was passionate about,” said Bryan Satterfield Jr. Tired of working jobs that didn’t interest him and a beer-enthusiast at heart, Satterfield decided to nurture his excitement for craft beer by signing up for the Craft Brew Series at Cape Fear Community College.

The series taught Satterfield everything from how to evaluate the notable aspects of beer and proper carbonation to homebrewing basics, how to pair beer with food, and detecting basic off-flavors.

Now employed as an assistant brewer with the Salty Turtle Beer Company in Surf City, Satterfield is doing what he loves. From milling grain, weighing ingredients, and cleaning, he never has a dull day.

“I love what I do now,” said Satterfield. “From dreading going into work, to now—every day is exciting.”

The Craft Brew Series at CFCC is offered each semester. The next class begins on March 9, 2020!