The United States of Corruption

During four decades of my exposure to national security, the constants I have always noted are fraud, waste and abuse. There is no doubt in my mind that corruption is a permanent, essential, and characteristic attribute of the modern U.S. military.

It started when I learned contemporary high school students who were less competitive than others were able to get appointments to service academies because their family members had social connections with their local congressman.

It was also quite evident during basic training when so many of the trainers and leaders did not keep their own words; they could not walk their talk. Then, during the four years I spent at the Academy, it became apparent time and time again that suck-ups were usually rewarded as well as or better than those who sought and earned advancement through proven performance.

In addition, there was supposed to be an honor code, but during my senior year, a cheating scandal revealed that about half of the cadets did not follow the minimum threshold of ethical principles all of us had agreed to uphold. By the time graduation rolled around in the spring of 1984, all the cumulative years of dishonesty and toleration had been conveniently swept under the rug.

Although I had joined the military to defend my country as an aviator, well before the time of my commissioning I opted not to pursue my initial goal to be an Air Force pilot. My reason was that I lacked confidence that my superiors and my government would only take military action that was in accordance with just war doctrine. I decided I did not want to be an ignorant operator “only following orders” to deliver any or all kinds of weapons of mass destruction for illegitimate motives or violations of international humanitarian laws.

Instead, I found myself in weapons systems procurement. It was only after I was deep into this career that I began to realize my chosen profession was far more destructive and deadlier than that of any pilot. President Eisenhower had warned the country of the military-industrial complex back in 1961. These warnings were not heeded, and within a few decades it grew into a special interest monster that made the production and worldwide sale of weapons equally profitable during both war and peace.

Lacking any suppression, the ever-growing and ever-toxic military-industrial complex eventually joined with yet another special selfish interest, the petrochemical complex. Thus, the oil wars of the Middle East began (and have never ended).

Around the same time, the Berlin wall fell and the “evil empire” of the Soviet Union crumbled. Hooray! No more godless communists! No more proxy wars or Cold War! No more nuclear holocaust to fear! Finally, we could attend to long-overlooked domestic and global needs with the peace dividend that was sure to follow.

But by this time the fake news of manufactured consent delivered by the corporate-financial-political-media complex had successfully turned the bulk of the population of the West into brain dead consumer zombies with little interests beyond self-absorbed gazing at their own belly buttons. Our people and our society were robbed of any peace dividend and any associated domestic development or worldwide humanitarian progress by a never-ending cycle of aggression and violence directed at anyone who (we suspect or claim) resorts to aggression and violence (i.e. the War on Terror).

The ever-growing and ever-toxic selfish interest complexes continue to unite, grow and take over the government. What I call the United States of Corruption is now known collectively as the deep state. How long and what trigger is needed before full-fledged fascism takes hold or is called by a more accurate or a more catchy name?

Our country claims to pride itself as being the beacon and defender of democracy. Yet the actions and statements of our nation and leaders more closely emulate the abuses of the former British Empire led by a mad King George III than any freedom declarations or altruistic causes championed during the American Revolution. Is there really anyone who seriously believes that any country meddles in the internal affairs and elections of other nations more than the United States?

The current widespread madness is equally evidenced and expanding in our academic complex where anyone who opposes “us” and our unilateral perspective is wrong and nothing short of an enemy whose views are to be overcome and destroyed by any means possible. When this corrosive influence of a united government-academic complex comes to full fruition, watch out – – because if our meddling is not enough, the slaughter of the innocents will begin on an ever growing and ever wider scale.

If members of the public care to take notice, the worst humanitarian crisis in multiple generations has been unfolding in Yemen since 2015. The population there is not starving; they have been intentionally starved with external blockades of food and medicine. Their citizens’ casualties are not collateral damage from their foes in their civil war; their men, women and children are being targeted by U.S. manufactured precision weapons or U.S. led mercenary armies being orchestrated by regional despots who are among the chief U.S. allies in the region.

I initially joined the military because I wanted to serve my country. I wanted to contribute to preserving peace and ensure the world was left in a better condition than I found it. I tried to act as a positive influence from within while I was continuously disappointed to see firsthand our commanders, our leaders and our military did not know or could not adhere to the basic difference between right and wrong. Since leaving the military, I continue to see their continued short-sighted escapades are creating great and lasting harm in the world. Their self-serving actions are dragging us all down with them. It also pains me to see that the public appears to be largely oblivious and uncaring of these realities.

Service men and women cannot be expected to recognize and overcome these challenges on their own. The U.S. military is a big part of this huge problem and is institutionally incapable of seeing the errors of their ways. The same corruption that I personally observed occurring in the military over a four-decade span has become a permanent, essential, and characteristic attribute of the modern U.S. deep state. This ever-present and ever-growing rot will only persist and grow unabated with the continued ignorance and apathy of a public that fails to heed the urgent call to wake up, become engaged and call attention to these United States of Corruption. 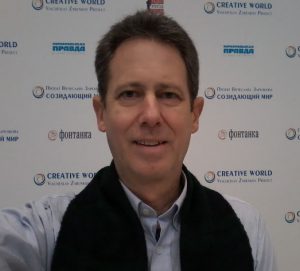 Theodore McIntire, Major, USAF retired in 2004. Following his time in the military, he spent a decade in worldwide human development, citizen diplomacy, and as a journalist. He is currently a student of film and video at Cape Fear Community College in Wilmington, North Carolina. His latest two-minute video exposing suspected Yemen war crimes is entitled “Who Is War Criminal Donald?” Despite being actively suppressed by multiple Silicon Valley high tech media companies, this video remains available on various online platforms and has been seen by thousands of viewers around the world.