Home / Storyforce / Short Story / We Didn’t Have a Choice

We Didn’t Have a Choice

Dr. Steven J. Crane is a 92-year-old World War Two veteran. He joined the Coast Guard at age 17 and later the Russian Navy to help keep the boat they were borrowing from America, the first North Wind, since he was the only one they could get to keep it in working order. He left the war with eight medals, the Navy E. Civilian award for efficiency in building the North Wind, and the rank of Chief Electrician’s Mate. He also earned a medal for serving in the Russian Navy, and when asked which medal, he said, “I don’t know. I can’t speak Russian.” During the war, he saw and experienced many different things, and Dr. Crane was willing to share some of that information. There were some items he did not wish to talk about and some things he didn’t remember since this did happen over 50 years ago.

When he was 16 he worked in a shipyard in San Pedro, California to help build ships, specifically the first North Wind, and be trained as a marine electrician. He said that his whole family, the people they lived near, and even the country were extremely patriotic, which influenced his job choice at that age. Once work on the North Wind was completed, he was asked to join the Coast Guard, so he could transfer to the Russian Navy since he was the only trained electrician left to work on it. Usually, you have to be 18 to join the Coast Guard, but when asked how he was able to join at the age of 17, Dr. Crane said, “You can join at 17 with your parents’ forged signature.” Once he forged his parents’ signature, he was off to basic training, which for him lasted only ten days because he was needed on the ship. When asked what he specifically did on board of the North Wind, Dr. Crane stated that he helped keep things running smoothly electricity wise. If he wasn’t around to keep the ship running, cargo ships wouldn’t have been able to get into the Russian harbor to deliver supplies and keep up the second front during the war. When asked if he thought America joining World War II was a good idea, Dr. Crane said, “We didn’t have a choice. Japan attacked Pearl Harbor, and we had to get involved. We needed to help protect Europe from Germany.”

During the war, Dr. Crane never saw the people he was fighting against face to face; the only enemy he saw were the German U-Boats. The North Wind was able to take down four U-Boats while they were attacking convoys they were escorting. While on his way to St. Petersburg, Russia, then called Leningrad, the ship passed the invasion of Normandy. He also talked about how once while onboard the North Wind he ended up saving a gunman and attempting to save another but didn’t realize that he had already died from the attack. While on the North Wind, Dr. Crane earned both of his purple hearts, which he received for getting injured in combat. When asked how he got them, he said, “I forgot to duck.” He didn’t seem to want to provide any other information on the subject. Later on, his son-in-law told me that he was asleep behind his toolbox one day and a grenade was thrown onboard. The grenade exploded and killed the men around him, but he lived because the toolbox took most of the impact. Even with the toolbox taking most of the damage, he still ended up getting hit by some shrapnel in his face. When asked if he saw anything else noteworthy or interesting during the war or if he wanted to add anything he thought would be interesting. he said there wasn’t anything: just convoy duty or combat.

After the war was over, the North Wind was returned to America, and Dr. Crane had options for what he could do next. He could go home, go to college and lead a life as a citizen once again, or he could stay with the military. He decided to go with the best of both worlds and go to college and then to the Navy for four years. Before he could go off to college, he had to go home and see his family who he had not seen since before he left for war. When he came home to his family, his mother was livid that he forged her signature and went to join the war. She decided to throw away all of his war memorabilia, his uniform, his sea bag and every medal he earned during the war. There is a process he could go through to get back everything she threw out, and when asked if he would ever go through the process, he said, “What am I going to do with it?” Although he does not seem to want any of his medals or memorabilia back, his family stated that they are most likely going to go through the process to get back everything he lost. Once he had finished serving in the Navy and Coast Guard for a total of ten years, halfway to retirement, he decided to leave. He said that he would have become a minesweeper at the harbor, which was a very dangerous job that he didn’t want to do. He also said he left because “I was sick and tired of orders and I didn’t think I would get married and I would get twice the orders if I did.” After he got married and had two children, Dr. Crane decided to get his Ed.D. in educational finance and his Ph.D. in educational administration.

Dr. Steven Crane saw and experienced many things throughout his time, serving in World War II. He saw combat, saved lives, and saw others lose their lives. He does not talk about his time serving in World War II often, and if he does, it’s not for very long. His family claims that the war had little impact on him, post-traumatic stress disorder, as a person other than occasionally being getting bothered by transformers when they burst or talking about how he got the purple hearts. Dr. Crane felt proud to serve his country and was happy to share what he felt comfortable with and what he could remember. 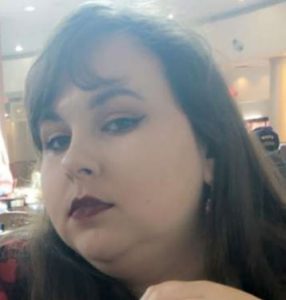 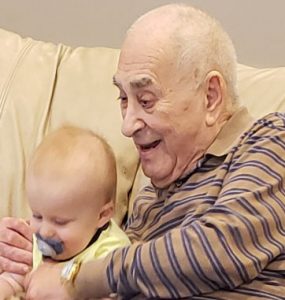 Tabatha is nineteen and a visual arts major at Cape Fear Community College. At the moment, I plan on going into interior design. I am from Wilmington, North Carolina. Tabatha’s grandfather served in the Coast Guard, Russian Navy, and the United States Navy.