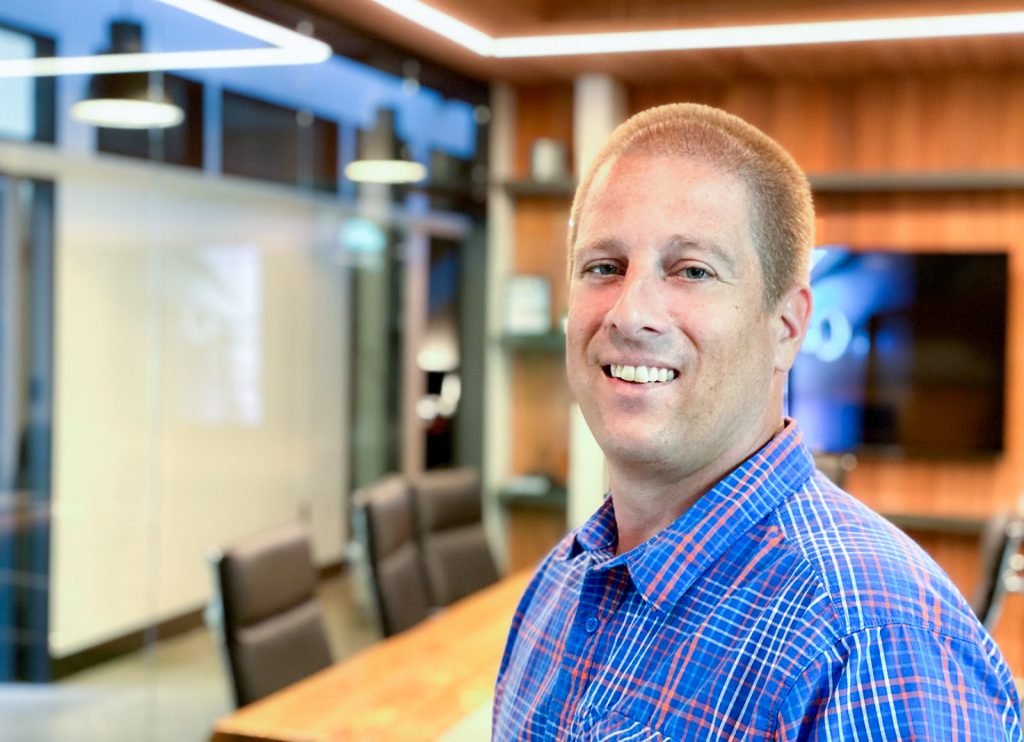 While growing up in the furniture manufacturing capital of the world nurtured his love for craftsmanship, Hickory-native Kyle Henry knew he wanted to take his skills in a different direction. He desired to build boats.

Henry researched different boat-building schools and programs but found that most were costly and out of state. Except for one: The Boat Building program at Cape Fear Community College.

“I chose CFCC because it was much more affordable than other schools, and, being in Wilmington, it is surrounded by water,” Henry said. “So, I enrolled in the Boat Building program at CFCC. It was compact, intense, in-state, and exactly what I was looking for.”

During the program, Henry studied under the tutelage of Ed Verge, now retired from CFCC. Henry describes Verge as a true professional who served as a model of craft and work ethic.

“He was well versed in fiberglass and wood joinery. In addition to teaching us the trade, he was also a great mentor,” Henry reflects. “Even after completing the program, Ed continued to mentor, advise, and educate his students.”

Instructors in CFCC’s Boat Building program were instrumental in helping students find employment. Henry had a job already lined up before graduation.

He credits Verge with being attentive to what he wanted to do in the field. Verge lined up a job with a local company rehabbing old boats.

Verge recognized that the skill acquired to build boats could take students beyond boat building.

“Knowing how to build wooden boats requires such a high level of craft that the skill can be applied in countless other ways – such as creating fine cabinets,” Verge commented in an interview with WHQR public radio. “You can also work in an architectural mill workshop. You can do interior trim on houses. If you have the skills to make the weird shapes we make on boats, everything else is a piece of cake.”

Using his skills, Henry later transitioned into a career in finished carpentry. He entered the construction field as an entry-level carpenter with another local company. Henry continued to use the work ethics and skills he learned at CFCC to climb the ladder of success.

“Since leaving school, I have used the skills as a stepping stone into other areas of interest,” explains Henry. “After years of hard work and dedication, I am now a co-owner of a local construction company. I truly owe a large part of this success to the education I received at CFCC.”

For the past 22 years, Henry has worked his way up to President and partner of Plantation Building Corp, now PBC Design + Build , a custom home builder. He has worked as a construction superintendent overseeing a construction site’s daily activities. Now he leads and guides PBC.

He told the Wilmington StarNews in 2008 that he “started backward in the construction business. Most learn from the foundation up, but I did it backward by finishing details first and then learning the other facets of construction.”

Today Henry honors his education by paying it forward. His company makes it a priority to hire CFCC graduates. According to Henry, PBC’s current employees, CFCC graduates, have “plugged right into the industry.”

“CFCC is a great resource for our community. The trade courses translate directly to usable workforce skills,” Henry shared. “Additionally, CFCC is there for any additional continuing education.”

Henry remains happily involved with CFCC. Not only has he taken courses at CFCC to further his career, but he has also had the pleasure of serving on the advisory board for CFCC’s construction program.