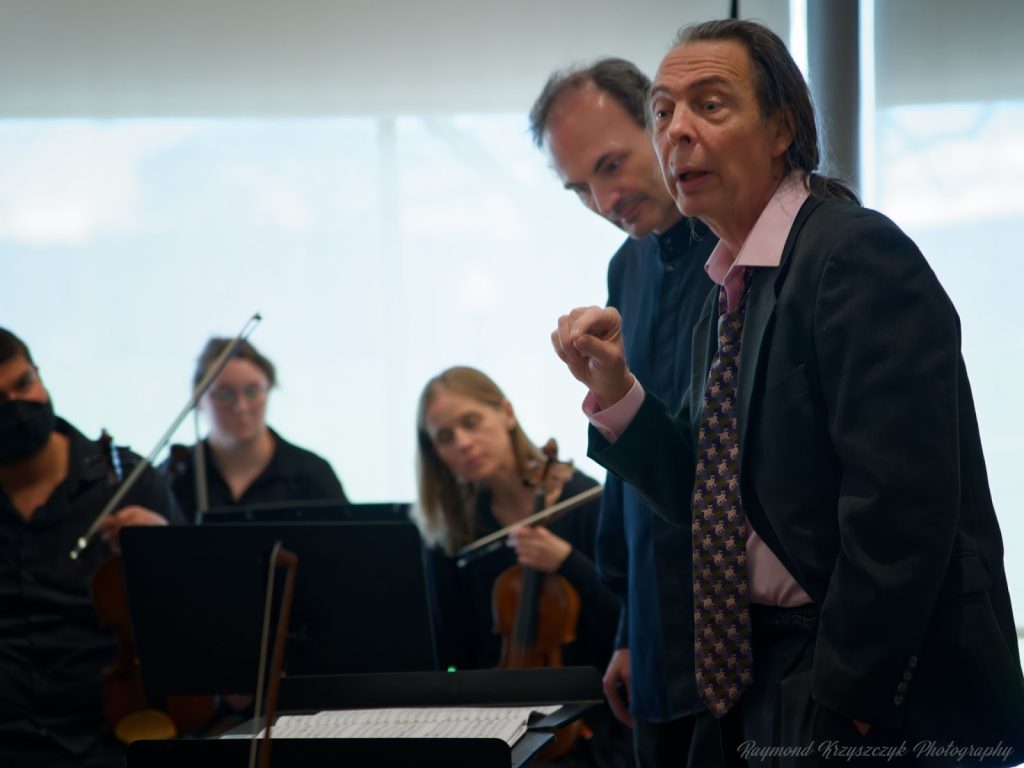 Ferreri was thrilled at the opportunity to attend the performance, speak to the orchestra musicians, and introduce his pieces to the audience. Ferreri’s music has been performed worldwide, but this was a rare chance to hear his work played by live musicians.

“What I miss in digital representations is that intoxicating swell that acoustic-only instruments can bring,” Ferrari describes his reaction. “It sounded very musical, as I had anticipated, and Maestro Sylveen is a keenly empathetic interpreter. Very pleased!”

From Classic Rock to Classical Music

Ferreri began his music career playing guitar in a rock band. Despite his rock and roll tendencies, he developed a fondness for classical music. At the young age of 18, he stumbled upon Beethoven’s “Hammerklavier Sonata.” Beethoven’s masterpiece struck a turning point in Ferreri’s life. That’s when he knew then he wanted to compose classical music.

Hence, he earned his bachelor’s degree in music from UNC School of the Arts. Afterward, he attended the Manhattan School of Music, then earned his master’s degree in musical composition from The City University of New York. Then Ferreri returned to North Carolina and settled in Wilmington, where he tended bar while writing various music, including commercial jingles.

In 1993, Ferreri accepted a teaching position at Cape Fear Community College. Ferreri teaches courses at CFCC today, such as Fundamentals of Music, Music Appreciation, and Music Theory at CFCC. But, he never abandoned his passion for composing classical music.

“Since I began teaching at CFCC, I no longer have to worry about selling a jingle,” explained Ferreri. “Being at CFCC allows me to concentrate on what I studied and allows me to focus on composing my classical pieces.” 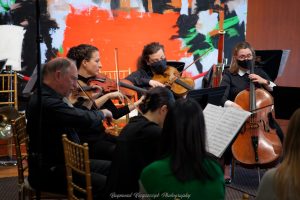 Throughout the 1990s, Ferreri stayed busy in the Wilmington music community. He received several awards, grants, and recognitions for his music, including the NC Composer Fellowship.

Furthermore, technology allowed Fererri to share his musical scores and recordings worldwide. Since the early 2000s, Ferreri has shared numerous original compositions with symphonies, chamber orchestras, and fellow musicians. Many of his works have been selected and performed as close as Wilmington’s Cameron Art Museum and as far away as Japan.

“Ernesto Ferreri is a wonderful combination of teacher, musician, and composer,” remarked CFCC Arts & Humanities Music Program Chair Phillip Singleton. “He not only teaches music theory to his students but also shows them the result of great work by having his music compositions performed in the United States and abroad.”

Listen to some of Ferreri’s more contemporary compositions by visiting, In The Greenwood .