The Nixon Leaders Center focuses on increasing the graduation and retention of underrepresented populations of students enrolled at CFCC.

In 2010 Cape Fear Community College Dean of Continuing Education at the time, Clarence Smith, moved on a vision to empower, train, and grow the academic and professional aspirations of minority males in our local area through pursuing a grant titled Minority Male Mentoring Initiative (3MI). This effort was created to identify and provide academic, social and motivational support for a cohort of minority males enrolled at the college. To lead this effort Mr. Smith tapped community leader Travis Corpening to serve as the program coordinator and recruiter for program participants. Immediately the program set a standard and made an impact on the men who took advantage of it. From helping with substance abuse issues to homelessness every participant has been given the opportunity to grow, network, and change their academic outcomes minority males immediately.

That initiative’s name has since changed and the program has expanded to include women and become a student coaching program designed to support the educational and professional aspirations of underrepresented populations of students enrolled at CFCC. The goals of the program are higher persistence, graduation and/or transfer rates and gainful employment for all participants.

Specifically, the program works to:

We have seen wonderful initial success with the program. In the academic year 2012-2013, Cape Fear Community College had 30 students enroll in the program. As verified and endorsed by the North Carolina Community College system, our program participants maintained a 91 percent retention rate for fall 2013 compared to 69 percent for other minority males and 75 percent for non-minority males. Yearly our participation is high and as a result, our participants received awards, scholarships, jobs, internship opportunities, and expanded networks. In addition, many participants started giving back to the community in service initiatives. We are making a difference for our students and our community!

Who Is The Nixon Leaders Center Named After?

Cornelius Nixon, the New Hanover County entrepreneur known to many as “The Oyster Man.”

Nixon died June 12th, 2011 at the age of 90 at Lower Cape Fear Hospice and LifeCare Center. He had been a longtime member of Mount Ararat A.M.E. Church, but so large was the crowd of mourners that the funeral was held June 17 at Union Missionary Baptist Church.

In the 1940s, Nixon built an oyster-shucking house on a 10-acre tract he owned off U.S. 17 near Military Cutoff Road.

That business grew into Nixon’s Oyster Plant, a legendary purveyor of fresh local oysters for dinners and roasts. 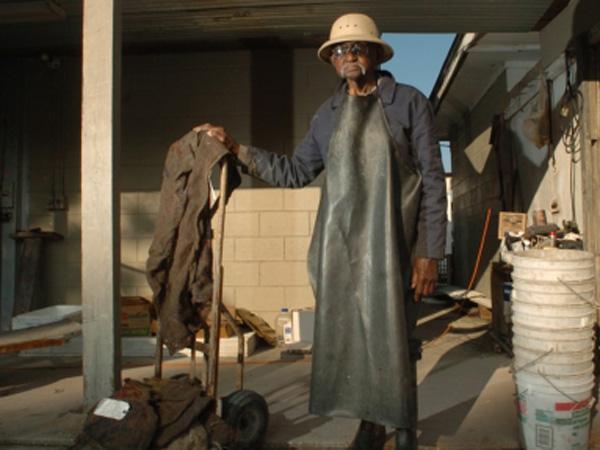